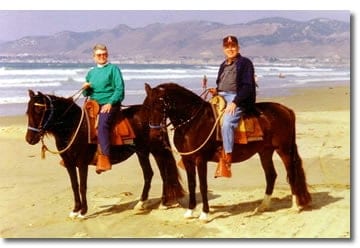 It is with great sadness that we announce that Dr. Brian Jarchow of Rancho de la Florecita has passed away.

Brian & Terry were part of the Peruvian Horse family since 1982. They both loved the outdoors, the beaches and mountains of California and the picturesque beauty of the lovely Santa Ynez Valley, particularly when seen from the back of a horse.

After raising 5 children and a previous back surgery, Terry was sure that her riding days were over. The Jarchows were first introduced to the Peruvian Horse in 1981. They went to shows and search for a year before finding and buying their first gelding.

They soon purchased their first mares, MASCARA & LA CHRISTIANITA, who became the foundation of their very successful breeding program – Rancho de la Florecita in the beautiful Santa Ynex Valley located in California – which soon progressed to a large breeding farm and training center. Brian and Terry were committed to breeding top quality, strong, energetic, well gaited Peruvian Horses, not only for the show ring but also for all around performance horses that could be shown successfully.

Brian & Terry retired from Rancho de la Florecita the summer of 2013, after 30 years of enjoying their beautiful horses.

Our thoughts and prayers are with Terry and her family. 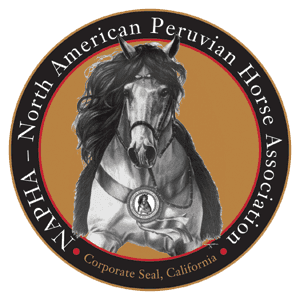